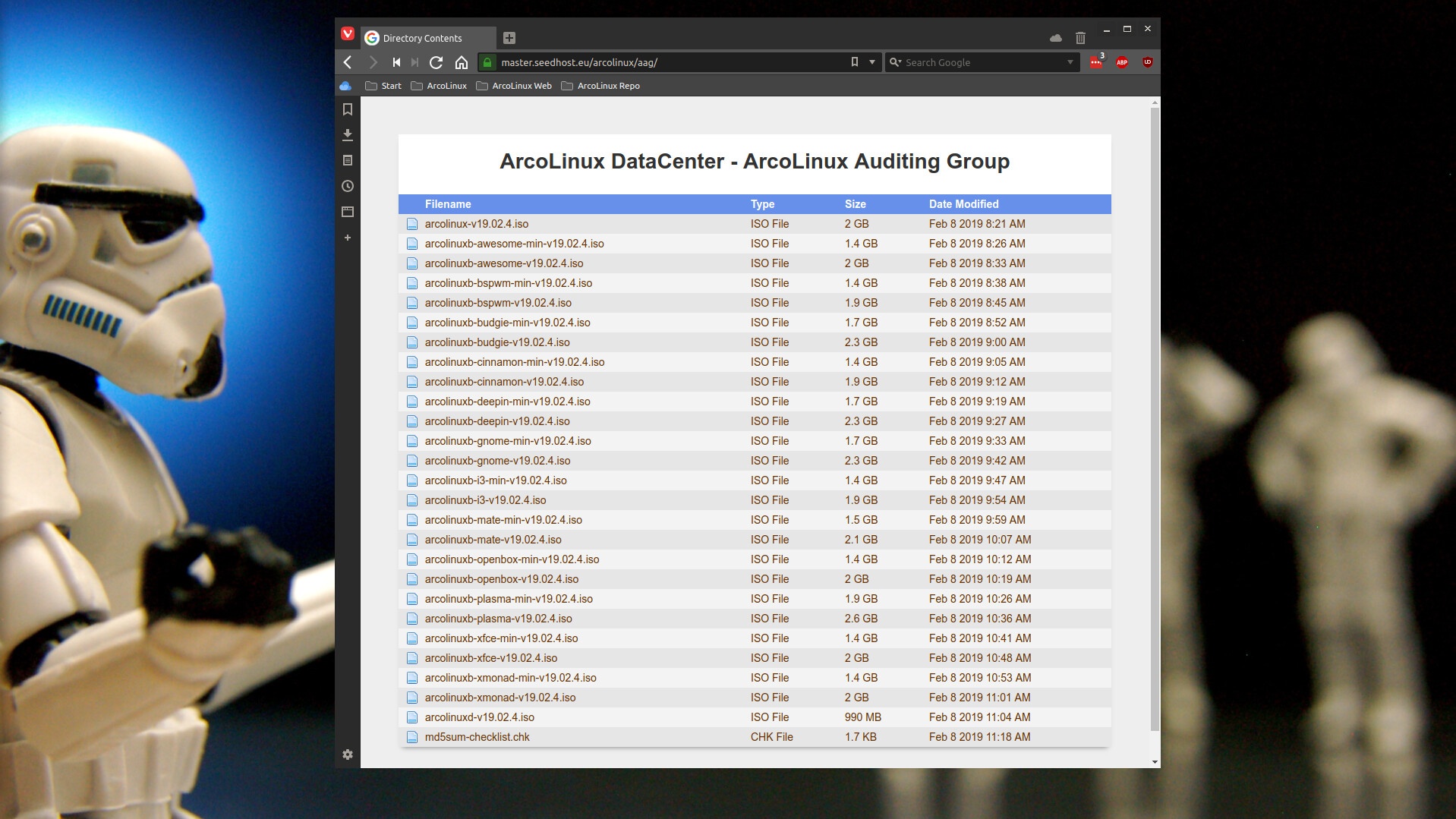 every second week on BIMONTHLY basis

Who is AAG member

AAG is the response on your demand.

Becoming a betatester is expecting a lot of commitment during the first week of every other month. Installing and re-installing 2 or 3 times a day is not uncommon during a heavy testing week. We have lots of isos to test.

Joining AAG does not require any commitment on your part.

You decide if and when you want to test the iso(s).

The only thing we ask is that you give us feedback on Discord on the ArcoLinux channel #arcolinux-auditing-group.

The positive, the neutral and the negative have a place there.

That is the added-value for us – your feedback.

First week of every other month

Second week of every other month

We upload the ISOs in the AAG folder on seedhost

Middle of every other month

Official release of the isos