ArcoLinux in a nutshell 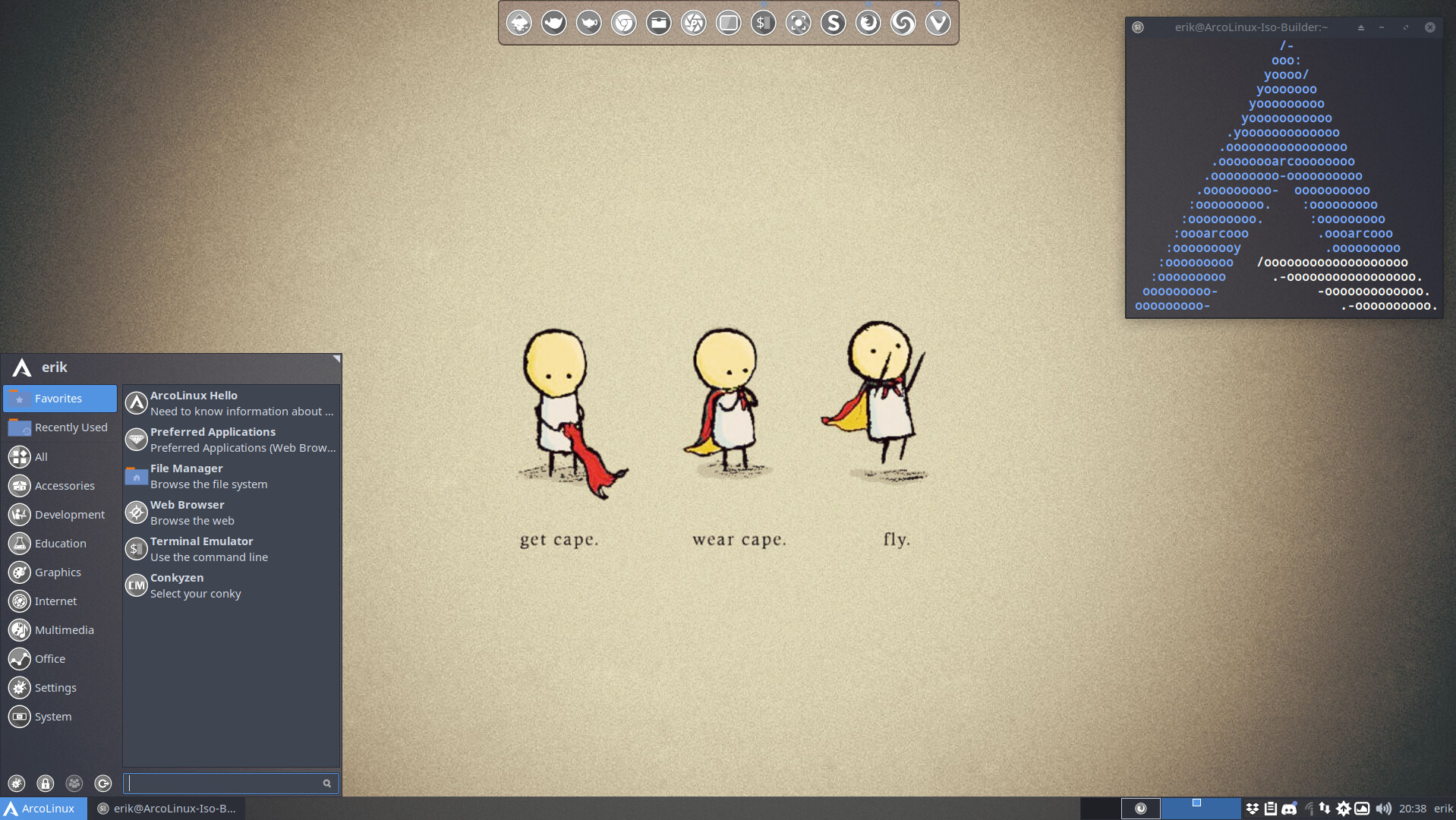 In short – get cape, wear cape and fly (see wallpaper)

ArcoLinux is a distribution based on Arch Linux. ArcoLinux installs with a graphical installer with ease and comfort. There are 3 major projects.

ArcoLinux is a full featured iso containing a ton of software and 3 desktops Xfce, Openbox and i3.

ArcoLinuxD is a minimal iso dropping you in the command line. With Calamares or with scripts you install any desktop and application you want.

ArcoLinuxB will give the user the power to actually build his own iso. The user decides what desktop and applications go on the iso.

ArcoLinux features hundreds of video tutorials on 5 websites and places a strong focus on learning and has even a learning plan. ArcoLinux promotes the use of Arch Linux on which it is based.